picture quality of all three cameras is very good and we all know that Canon is a promising company having great range of cameras and its 5D is really good for shooting more than one kind of thing and their property of being light weighted helps to carry the cameras wherever you want.  Though there are no huge differences between Canon 5D Mark II, Mark III and Mark IV, but still there are some slight changes. 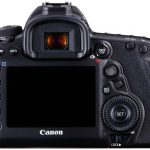 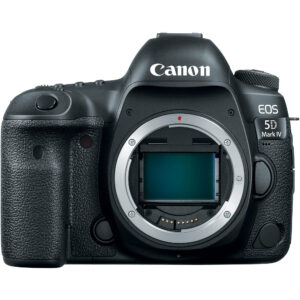 The pixel count does not effect the picture quality until you don’t want a picture of the size of a huge and grand banner or hoarding, besides all three cameras have a good megapixel count.

The megapixel count has a significant increase in the resolution over its predecessors, meaning the camera is able to capture more detail in a picture. The Canon 5D Mark IV,  with a newer 30MP full-frame sensor offers a sizable upgrade in resolution compared to the earlier Mark III and Mark II, while also being more competitive against other offerings. The 5D Mark IV is designed for versatility  for the wedding photographer, the photojournalist, or the landscape photographer  and the 30MP sensor offers an excellent balance of resolution while keeping the camera’s performance nimble.

Obviously, the camera control buttons do not affect the picture quality. But if you are a photographer then it can be of your use.

There are only few changes in the rear control buttons on the camera. Some differences  can’t be appreciated by the pictures alone.  But while using the camera you can see mere differences in the controlling buttons. The top plate is pretty much the same, although Canon has switched the positions of the dual-function controls on the right-hand side in Mark IV, and also slightly rejigged the information within the top-plate LCD. Controls are more or less identical between these cameras, though a major upgrade for the Mark IV is the inclusion of touchscreen functionality to the rear LCD, something the 5D Mark III and Mark II lacks entirely. As a camera designed for both still photography and video, the addition of a touchscreen is very handy.

If you are looking for a slow motion video shoot, Mark IV would be adequate for you as Mark III and Mark II lack this feature.

There are some significant changes in the Mark IV, which are not present in Mark III and Mark II, that is you can have the camera focus faster and more fluidly when using the LCD than would otherwise be the case, and maintain focus on subjects as they move around the scene. Not only that, but by using touchscreen, you can also pull focus between subjects when shooting videos with a simple tap, with the system keeping transitions smooth and professional. This system also allows for a further option called Dual Pixel RAW. you can also shoot in slow motion which is not possible in Mark III and Mark II.

Excellent low light photograph can be captured  in the 5D Mark IV. Although we can’t see a significant change from Mark II to Mark III to Mark IV. there is a sensor of ISO 32,000 in Mark IV as opposed to the ISO 25,600 limit of the EOS 5D Mark III’s sensor, although the base ISO of ISO 100 is unchanged in the three of them. With the expanded settings, however, the all cameras have nearly same range.

A considerable change can be seen in the price of the cameras. With the new additions in technology, the increase in price is justified.

Previous post Lovely Pre Wedding Shoot At Home
Next post Best films about wedding to watch to prepare yourself for your wedding
Total: