Andhra Pradesh is also known as the Rice Bowl of India which is like a melting pot of varied cultures. It is set at the southeastern coast of India and it is known for its temples, forts, natural resources and rivers. The beauty and rich history of the place attracts people from all across the world.

The Cities here are visited by a large number of people each year not only for commercial purposes but because of the beautiful beaches, hills, valleys and the historical monuments of the Cities in Andhra Pradesh. Telugu is the official language and is spoken by the majority of the people. You can get the stunning Pictures here with the most beautiful backgrounds.

So plan your your Pre Wedding Shoots In Andhra Pradesh, this place will never fail to amaze you.

The food of Andhra Pradesh was famous among the Mughals. The art and crafts of the region like Kalamkari, Bidri, the fabulous weaving of Venkatagiri, the metal ware, brass  wood carving highlight the immense talent of the Andhra craftsmen.

Golconda is also known as Round shaped hill or Golla konda. Located in the Outskirts of the city, this fort is one of the most visited places as it depicts the history of Hyderabad and the Hyderabad Nizams.

It is one of the best view point of Hyderabad. The Golkonda fort is listed as an archaeological treasure in the official list of monuments by the Archaeological Survey of India.

Some of the places inside the fort are mind blowing which will give you a nice experience. The ruins of this fort will give the fascinating looks to the pictures. 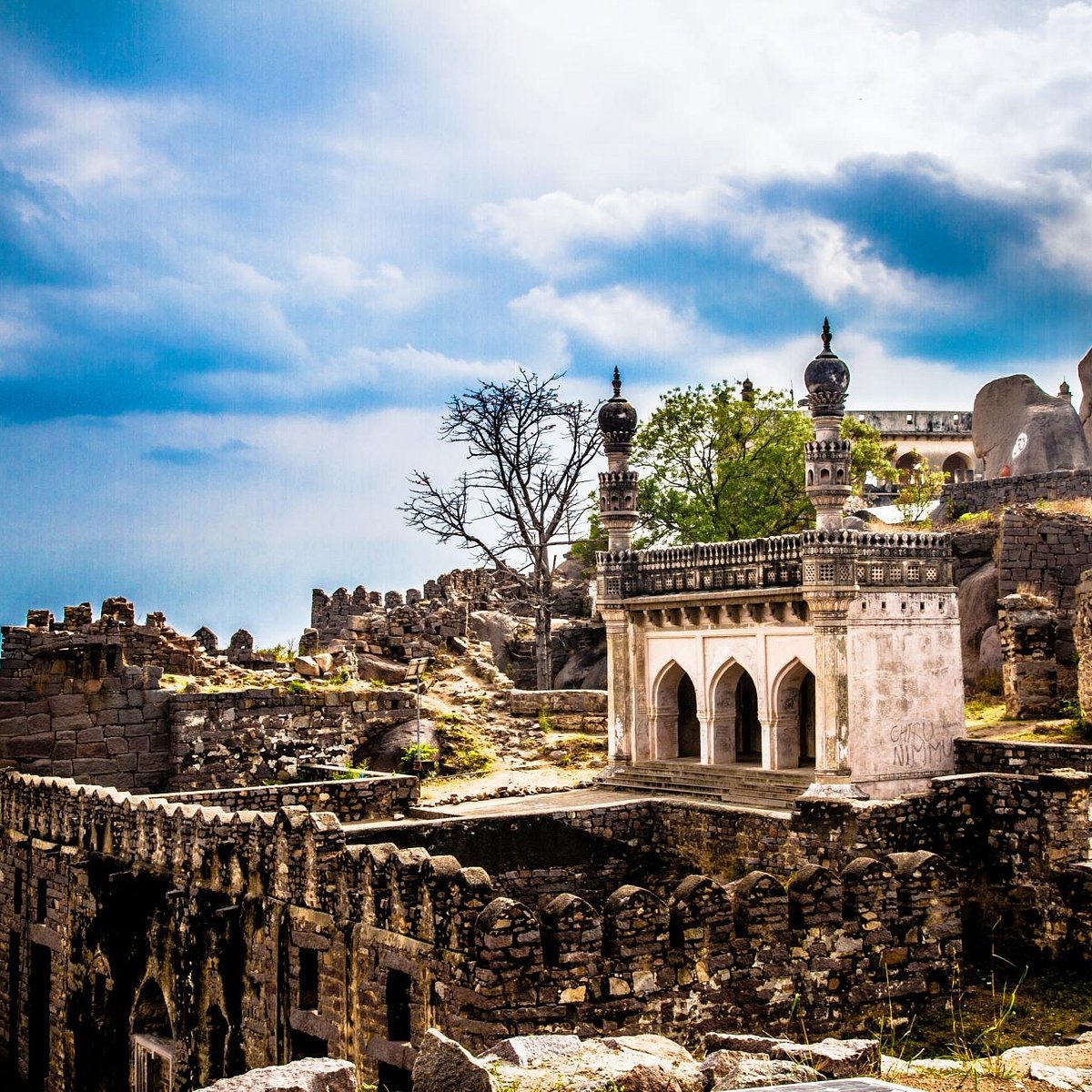 Ananthagiri Hills are located at the top of the Elysian Tirumala Hills and it is about 17 kilometers from the Araku Valley.

These hills are located along the Eastern Ghats and is like a store house of energy. The hill resort of Ananthagiri attracts pilgrims and the nature lovers. The journey to Ananthagiri offers many unforgettable views of thick forests to ravishing sunrise and sunset.

The entire Ananthagiri Hills is dotted with stunning viewpoints that offer enthralling views that will capture your heart.

This is one of the best Pre Wedding Shoot Locations In Andhra Pradesh.

How to Reach : The most convenient way of travelling here is by road from Hyderabad or you can hire private taxi from Airport.

Araku Valley is popularly known as Araku. It is a scenic hill station which is 111km to the west of Visakhapatnam city. This place is often referred as Ooty of Andhra and it is one of the most famous places to experience tourism of Andhra Pradesh.

This valley in the Eastern Ghats is the most famous Hill station in Andhra Pradesh which is popular for its famous coffee plantations.

The Borra caves, Tyda, Katiki Falls, Tribal Museum and Padmapuram Botanical Gardens are the main attractions of this place. The journey to this valley has some of the best scenes like the thick forests which is a boon for nature lovers and these views will give you the stunning views and the pictures. 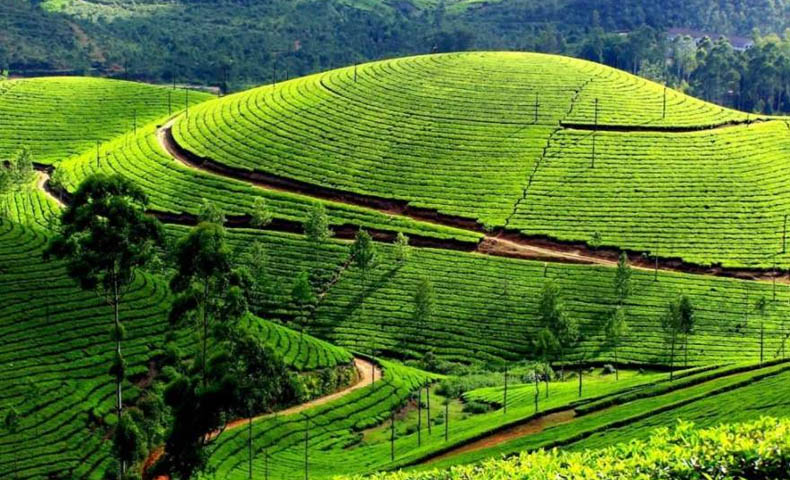 The Rishikonda Beach is located at Vishakhapatnam which is also known as Vizag. It is a fascinating place and one of the prime attractions of Vizag city.

This beach is covered with golden yellow sand dunes and surrounded by the coconut trees on other side. It is like the other name for heaven on earth.

The entire atmosphere brightens up the mood and the colorful boats and parachutes are the ones which can make your clicks more attractive.

How to Reach : The best way to go there is to pre-book a cab and arrange for pick up at the airport. 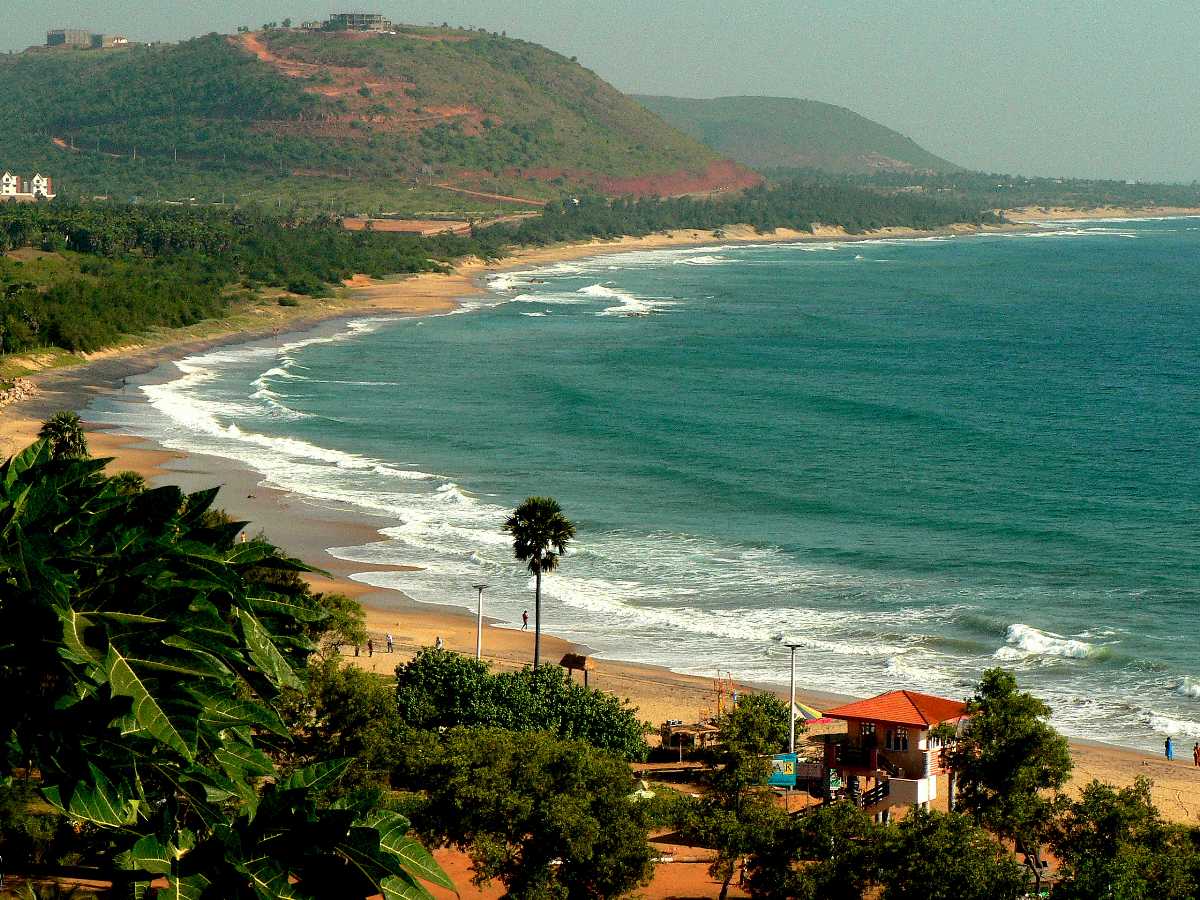 Warangal Fort is one of beautiful ancient forts and is also one of the popular tourist attractions in Warangal. It was built in the 13th century and everyday hundreds of tourists come to this fort to get a feel of this grand architecture of South India.

The fort consists of impressive stone gateways which are carved out of single rock. The gateways are known as Kirti Toranas.

These ruins will give you the picturesque views of different things here which will help you getting the nice shots.
Best Month to Visit : September – March
Timings : 9AM–8PM
Entry Fee : Rs.15 per person (Indians) and Rs.200 per person (Foreigners) 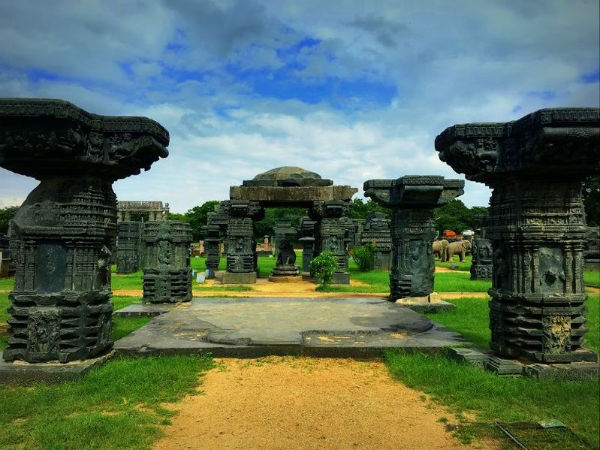 The Belum Caves is the largest and the longest cave system in the Indian subcontinent with long passages, galleries and spacious caverns with fresh water.

The beauty of the caves is known for its incredible stalactite and stalagmite formations. The cave comprises comfortable chambers, fresh water galleries and siphons.

The soft light of the caves are very soothing and provides the nice lighting for the photographs. 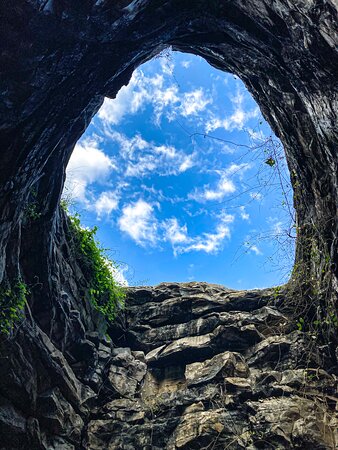 Talakona waterfall is the highest waterfall in the Andhra Pradesh state which is located in Nerabailu village.

This waterfall is surrounded by dense forests and home to rare and endangered species of animal. The gorgeous waterfall falling deep into a valley gives the most ravishing views for the nice shots. 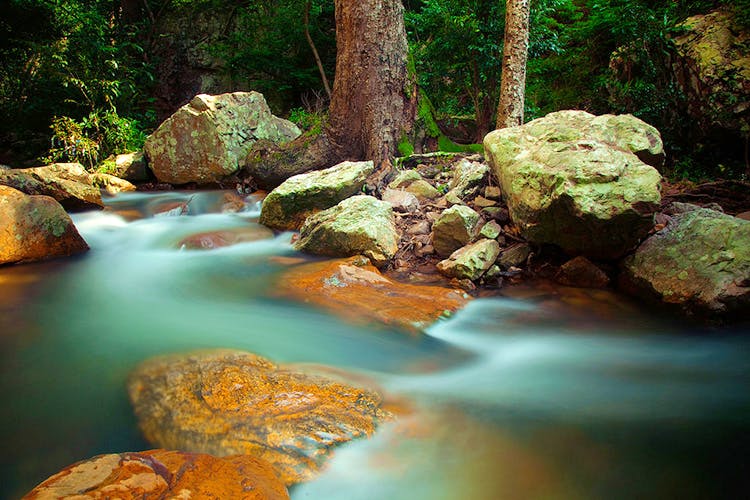 The Ramoji Film City in India is located in Hyderabad which is the largest integrated film city in Telangana and has been certified by the Guinness World Records as the largest studio complex in the world.

The natural and artificial attractions are famous here including an amusement park and this place has a lot to offer. You can go for adventure sports organized and the the various adventures like Body Zorb Fight, High Rope Course, Human Mountain Biking, Paintball, Shooting & Archery, Sumo Suit, Obstacle Race and many more.

These things will make your Pre wedding shoot enjoyable and you will get the nice clicks for your album.

Vizag is referred as the Goa of the east coast. It has beautiful beaches, smooth roads and stunning landscape.

You can get the experience of nature and scenic beauty of beaches and caves at this place. 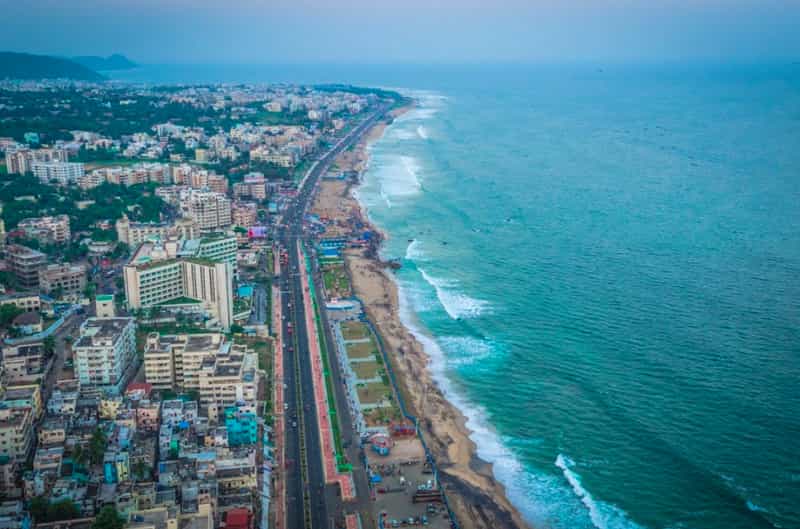 Kurnool is a major town in the state of Andhra Pradesh. The town is built on the banks of Tungabhadra River and it is known as the gateway to the Rayalaseema region.

The popular places to visit in the city are the ruins of the fort, Konda Reddy Buruju and the tombs. The places here make it one of the top tourist places in the state. Other attractions in Kurnool are Orvakal Rock Garden, Rollapadu Sanctuary and Belum Caves.

How To Reach : Buses take you to your desired destination easily. It is also the most convenient way to reach this place. 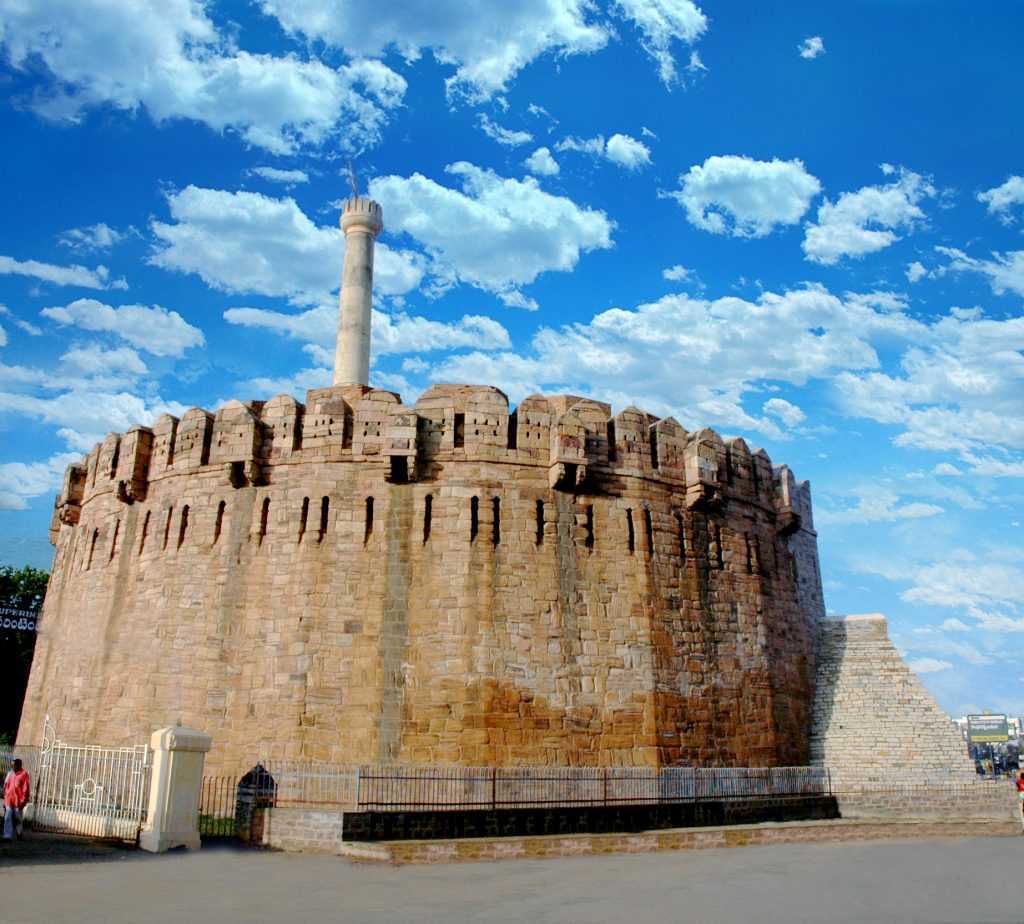 For your Pre Wedding Shoots In Andhra Pradesh, do visit these astonishing places.

Have a look at our sample profile