STORYBOARDING: The What and the How

The storyboard is the literal board where your ideas come to fruition. Actually storyboarding is illustrative organiser in the form of images displayed in sequence for the purpose of pre-visualizing a motion picture, animation, motion graphic or interactive media sequence.

For the purpose of relevance, we’ll only talk about the following usages of storyboard:

In a film, the storyboard is set up on a series of frames wherein the drawings depict the event sequence. This is done to aid in the visuals and find the potential problems before they occur in real time shoots. Consequently, this keeps the estimated budget from exceeding and saving time.

This usage of storyboard rakes in the animation and SFX, using mock-ups termed as Animatics. Giving a realistic estimate of the visuals and timing, animatics is a series of still images stitched together for initial stages. It uses rough dialogue and rough soundtrack, testing the effectiveness of the storyboard.

Animatics let the animators develop the screenplay, shooting angles, and also figure out issues that are in the current storyboard. Amendments are made if necessary. With respect to computer animation, storyboarding reduces wastage as irrelevant scenes are removed.

Photomatic has its roots in animatic and photo-animation. Using a series of still photos as a sequence the photomatic uses sound effects, voiceovers etc., to prepare an initial cut of the animation, video. Advertisers use this for researching the effectiveness of the storyboard before a complete ad is decided to be made.

Every industry uses the storyboard to plan out its advertising campaigns, e.g, corporate videos, infomercial & commercials, and additionally business presentations with the intention of invoking the desired responses from its stakeholders.

The first part of the storyboarding process is designing the concept, jotting down the key points that the client, animator wants in the video. Main points like certain character (s), visual cues, duration, subjects are discussed between the two (or more individuals) before reaching a consensus and the script is finalised.

It is advisable that once the storyboard has been finalized no more changes should be introduced. However, if changes must be made then expect an increase in costs and time consumption.

ELEMENT: In a storyboard the elements like the story, characters, dialogue, time frame, camera details are complicated and cumbersome taking up a huge amount manpower and thought process, picking out defects after finalizing exceeds the estimated budget.

ANIMATION: With animation, you are bringing out your storyboard to life. Often using a software such as Adobe Illustrator etc., for the same purpose. In case of shooting a video, the same path is followed, but different software is used for editing out parts and scenes of the animation/video.

OUTPUT: Finally, the output is the format, namely:

Wherein the video is set to be viewed across different platforms by the intended end consumers of the client/advertiser. 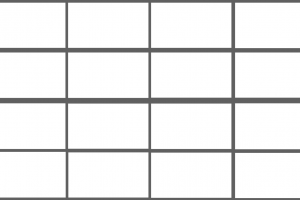 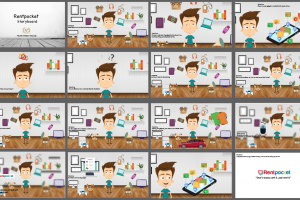